Mr. Herold teaches acting and directing for TDPS. His directing credits at Berkeley include productions of 70 Scenes of Halloween, Metamorphoses, Summertime, The Ruling Class, Our Town, Sauce For The Goose, Suburban Motel, Three Sisters, Escape From Happiness, Orestes, Pterodactyls, Good, Noises Off, The Crucible, Funeral Games, Infancy, and How I Got That Story.

He is also a member of the faculty at the Tony Award-winning American Conservatory Theater in San Francisco, where he currently serves as the Director of the Summer Training Congress and has taught in the MFA and Studio programs. At ACT, he has directed studio productions of Fuddy Meers, The Marriage of Bette and Boo, The Kentucky Cycle Part II, Galileo, Escape From Happiness, and The Nina Variations. Mr. Herold has also taught at Stanford and The Berkeley Repertory School of Theatre. The former Artistic Director and a founding member of Jawbone Theater Ensemble, his work with that company includes direction of the San Francisco premier of Manfred Karge's Conquest of the South Pole and Samuel Beckett's Play for the Bay Area Intimate Theater Festival. Other directing credits include the San Francisco premier of Tick, Tick . . . Boom for Theatre Rhinoceros and Achilles and Patroclus for Central Works. Locally, he has appeared in roles at Aurora Theatre, The Magic, Central Works, Theatre Rhinoceros, Shotgun Players, the Victoria Theater, and Yerba Buena Gardens. Mr. Herold is a member of Actors' Equity. 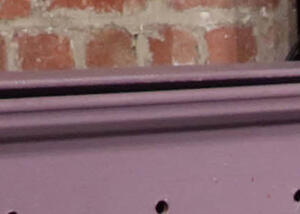