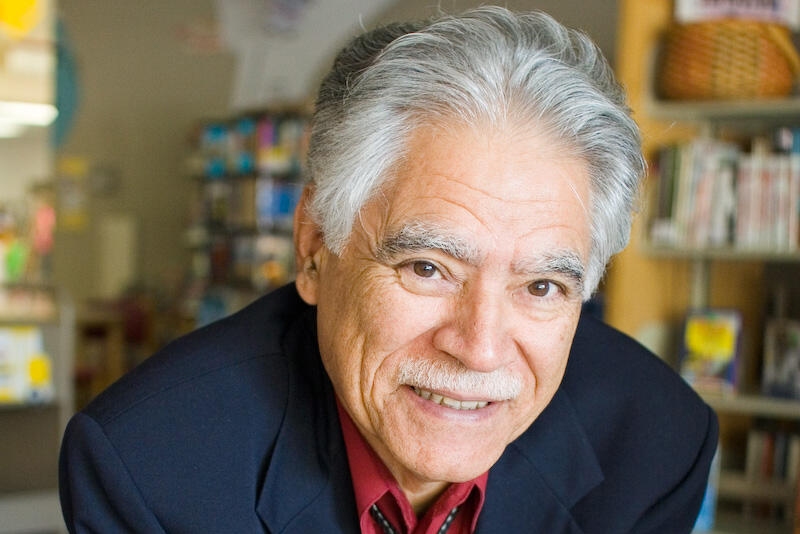 Rudolfo Anaya’s first novel, Bless Me, Ultima, was published in 1972, just as the Chicano Movement was taking root in the national consciousness. This community of Americans of Mexican descent was affirming its unique cultural identity through the cultivation of art, theater, music, and literature. Bless Me, Ultima, a novel about a young boy struggling with competing expectations and values in post-World War II New Mexico, resonated with Chicano readers. Anaya was subsequently anointed the godfather of Chicano letters. Yet Bless Me, Ultima also appealed to wider audiences, becoming a national best-seller. It is both a favorite of the educational curricula and one of the most challenged titles because of its honest treatment of religion and spirituality. “I write what I was meant to write,” Anaya says. “And Ultima is unstoppable.”

After Bless Me, Ultima came two more novels and a series of story collections. But Anaya’s next breakthrough came with the 1992 publication of Alburquerque, set in the city Anaya has called home since 1952. The novel’s protagonist navigates tensions between the spirituality of the past and the edgy modern era, discovering his true identity and saving the political fate of his hometown. Arguably, this fictional hero set the stage for another of Anaya’s memorable characters, Sonny Baca. The four Sonny Baca murder mysteries highlight the New Mexican landscape and culture, giving particular detail to the unique festivities, foods, and folk beliefs of the state that became known as “The Land of Enchantment.” Anaya’s distinctive magical realism underscores the region’s rich imagery and the mythology of its Native American, Spanish, and Mexican heritages. “It’s my responsibility,” Anaya says, “to bring this knowledge to American literature.”

Anaya’s body of work also includes six plays and a dozen children’s books, including the perennial favorite The Farolitos of Christmas. In that story, a young girl named Luz decides to make lanterns, farolitos, to make sure that the sicknesses in her family don’t interfere with having a special Christmas celebration.

Source: National Endowment for the Humanitites