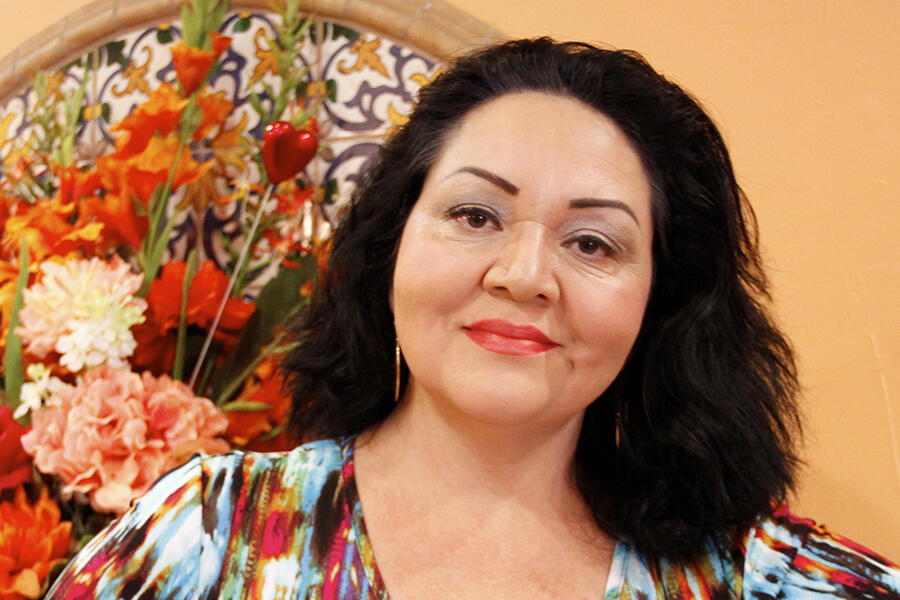 Josefina López is best known for authoring the play and co-authoring the film Real Women Have Curves. Although Real Women Have Curves is López’ most recognized work, it is only one of many literary and artistic works she has created since her artistic career began at 17 years old. Born in San Luis Potosí, Mexico, in 1969, López was 5 years old when she and her family immigrated to the United States and settled in the East Los Angeles neighborhood of Boyle Heights. She was undocumented for 13 years before receiving amnesty in 1987, and she eventually became a U.S. citizen in 1995. López has been an activist and has been doing public speaking for more than 20 years and has lectured on various topics including Chicano theatre, women’s history issues and minority representation in cinema at more than 200 universities including Yale, Dartmouth and USC. She has been the subject of countless TV and radio interviews in which she has passionately discussed immigration issues and other controversial subjects concerning women and minorities. López is the recipient of a number of other awards and accolades, including a formal recognition from U.S. Senator Barbara Boxer’s 7th Annual “Women Making History” banquet in 1998; and a screenwriting fellowship from the California Arts Council in 2001. She and Real Women Have Curves co-author George LaVoo won the Humanitas Prize for screenwriting in 2002, the Gabriel Garcia Marquez Award from the L.A. Mayor in 2003, and an artist-in-residency grant from the NEA/TCG for 2007. López has had more than 80 productions of her plays throughout the United States. In addition to playwriting, she also paints, writes poetry, performs, designs and is a mother of two boys and resides in L.A. She is the founding artistic director of CASA 0101 in Boyle Heights. At CASA 0101, her commitment is to teach screenwriting and playwriting and nurture a new generation of women and Latino artists. López is currently developing a musical version of Real Women Have Curves for Broadway. Her first novel, Hungry Woman in Paris, is available on Amazon as well as her two play anthologies. She wrote a play to protest SB1070 titled Detained in the Desert, which she turned into a feature film and many awards. She is working on numerous plays, screenplays and TV projects.