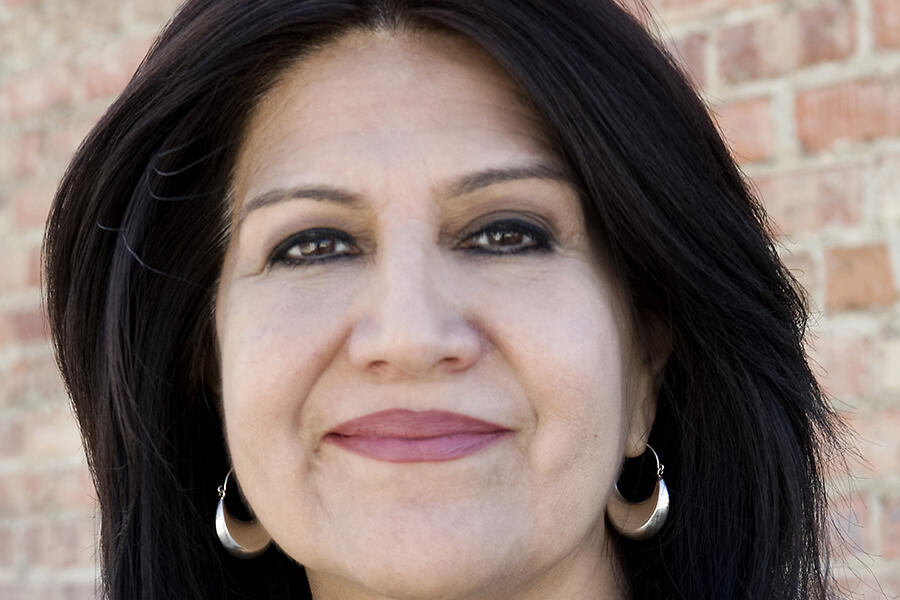 Evelina Fernández was born and raised in East LA. She is an award-winning playwright, screenwriter and actor. She was most recently a staff writer for the Emmy Nominated original Hulu series EAST LOS HIGH. In 2013 she won the LA Drama Critics Circle Award for Outstanding Writing of a World Premiere Play for A MEXICAN TRILOGY now being published by Samuel French. Her plays have made the LA Times Critic's Choice list; SOLITUDE (2009), DEMENTIA (2010) and her holiday pageant play, LA VIRGEN DE GUADALUPE, DIOS INANTZIN have been featured in both the LA Times and the NY Times. She received a Best Playwright Ovation Award nomination for her stage play, HOPE: PART II OF A MEXICAN TRILOGY which premiered in October 2011 at the Los Angeles Theatre Center to critical acclaim. In 2003, DEMENTIA won the GLAAD Media Award for Outstanding Theater Production in Los Angeles and received four L.A. Stage Alliance Ovation Award nominations, including Best World Premiere. CHARITY: PART III OF A MEXICAN TRILOGY premiered in May 2012 and was Back Stage’s Critic’s Pick and FAITH: PART I OF A MEXICAN TRILOGY premiered in October 2012 to critical acclaim. She is currently commissioned by the South Coast Rep and is part of the CTG Writers Workshop. Her most recent play, PREMEDITATION was nominated for 3 Ovation Awards including Best Theater Production in 2014. In March 2015, her adaptation of Plautus’s Pot of Gold, LA OLLA was staged at the Getty Villa Lab.

Evelina has won several awards and recognitions nationally and internationally for her work in film and television, including the NOSOTROS GOLDEN EAGLE AWARD for Outstanding Writing for her produced screenplay, LUMINARIAS; International Film Festival in Bolivia (Best Screenplay – LUMINARIAS), and many more. She was nominated for the HUMANITAS PRIZE in 2005 for an episode of PBS’s MAYA AND MIGUEL, “Give me a little sign." She was inducted into the James A. Garfield High School Hall of Fame along with Los Lobos, Congressman Esteban Torres and others; was awarded the "Women in Entertainment" award by the Comision Femenil of Los Angeles along with other prominent Latinas; and was honored by the Community Coalition for her community work. She received a commendation from the Los Angeles City Council and was the recipient of the Lifetime Television Latino Pioneer Award in Washington, D.C; the Spirit Award from the Latino Legislative Caucus in Sacramento, CA and the Latina Business Women Association’s Entertainment Award. She was a proud member of Honorable Mayor Antonio Villaraigosa’s Transition Team in 2005, was appointed by the Mayor as a Commissioner on the City of Los Angeles Human Relations Commission and was appointed by the Mayor to the Los Angeles/Mexico D.F. Sister Cities Committee where she holds the office as Treasurer. Evelina was honored by La Opinion with the Mujeres Destacadas Award for her contribution to the Arts, received recognition awards from Playwright’s Arena, the National Hispanic Media Coalition and the California State Assembly. Evelina is a founding and board member of the Latino Theater Company and the Los Angeles Theatre Center.