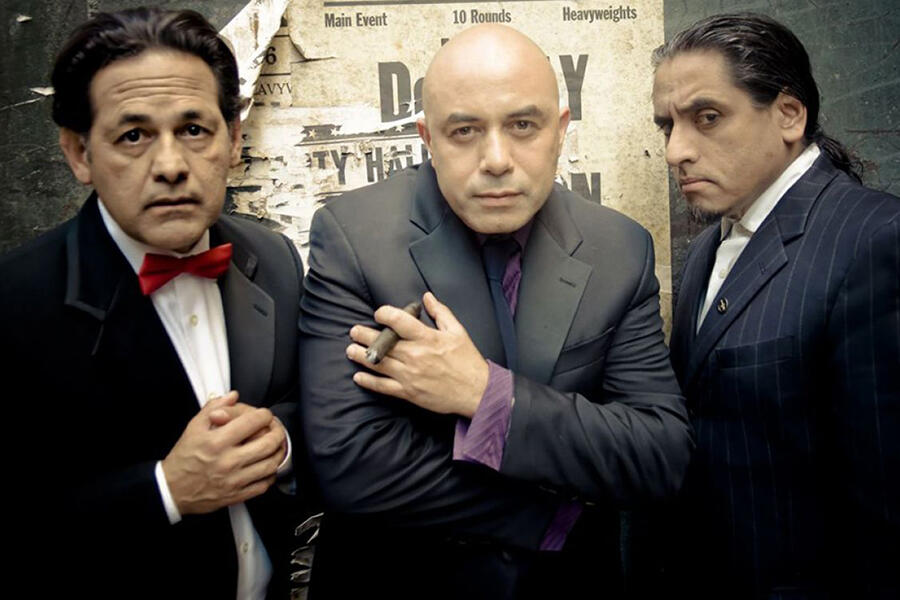 Photo by The Main Event

Culture Clash is a performance troupe that currently comprises writer-comedians Richard Montoya, Ric Salinas, and Herbert Sigüenza. Their work is of a satirical nature.

Culture Clash was founded on May 5, 1984 at the Galería de la Raza in San Francisco's Mission District, by the writers José Antonio Burciaga, Marga Gómez, Monica Palacios, Richard Montoya, Ric Salinas, and Herbert Siguenza. The founding date is significant due to the importance of Cinco de Mayo to Mexican-Americans, the shared ethnicity of the majority of collaborators. Montoya and Sigüenza had both been involved in the Chicano art scene in the San Francisco Bay Area, Montoya being the son of Chicano poet, artist, and activist José Montoya, and Sigüenza having been involved in the art collective La Raza Graphics, which created works of graphic art to support campaigns of the Chicano Movement.

Culture Clash's works range from comedic sketches to full-length plays and screenplays, all of which feature political satire and social satire. The troupe's members have appeared separately and together in several films and received numerous awards, commissions and grants. In 1993 they filmed 30 episodes of a sketch comedy television series, also called Culture Clash. Several episodes were aired on Fox affiliates. In 2006 they premiered two new full-length plays, the comedy Zorro in Hell and "SF: The Mexican Bus Mission Tour with CC!" Their works have been collected in two volumes, Culture Clash: Life, Death and Revolutionary Comedy and Culture Clash in AmeriCCa: Four Plays. Their papers are housed at the California State University, Northridge (CSUN) Oviatt Library Special Collections and Archives