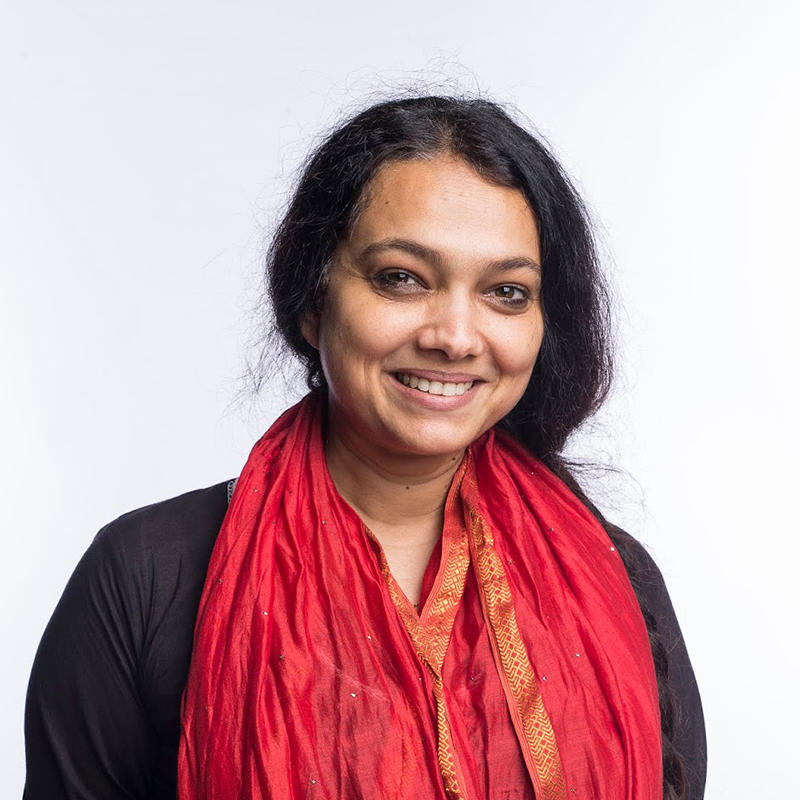 Born on 20 June 1974 in Jaunpur, Uttar Pradesh, Shrimati Purva Naresh hails from a culturally rich background and learnt singing from her mother Shrimati Vijaya Naresh and music and creative writing from her father, the eminent Hindi poet Shri Naresh Saxena. She has a BA (Hons) in Economics from Delhi University and a Masters in Pakhavaj from Khairagarh University. She went on to do a Postgraduate Diploma in film production at FTII Pune. Since then she has been writing, directing, choreographing and producing for the theatre.

Shrimati Purva Naresh has written more than 10 plays, all of which have been staged in India and abroad. Some of her well-known plays are Afsane, Bai se bi-scope tak, Aaj Rang Hai, Umrao, OK Tata Bye-Bye, Pret, Aab-o-Daanaa, and Do Deewane Shaher Mein. She has been invited by the Royal Court, London and Curve Theatre, Leicester to read and present her new plays. She has been called to participate in a chain playwriting event at Lark Theatre, New York. The Bake House, Australia, is producing one of the new plays she has specially written for them. She has also written dialogues for two feature films. Her plays have been nominated for the Mahindra Excellence in Theatre Awards and have won the Ladli Award.

Shrimati Purva Naresh is awarded the Ustad Bismillah Khan Yuva Puraskar of Sangeet Natak Akademi for 2013-2014 for her notable talent in playwriting.