* Live performances scheduled for April 24–May 3 were cancelled due to COVID-19.

Stories and creative energy can be a balm to the soul in this moment, and with that spirit director Mina Morita and our resilient company of students have transformed Dustin Chinn's cuttingly smart satire from a stage production into an online audio play.

Delivered with a medium shaped in the early 20th century and captured in our 21st century during this unprecedented pandemic, this play takes us to 23rd-Century Nueva New York. In the city, the remaining white American population is protected by the federal government. Two of the last are brought to the Museum of Natural History as a living exhibit in the Hall of Caucasian Peoples, only to be freed by a sympathetic gift shop employee. Is society ready for their return?

Inspired by the Hall of Asian Peoples at the American Museum of Natural History and articles bemoaning the "dwindling majority" of white Americans, Chinn's play cleverly explores American conceptions of race and ethnicity, representation, and the precariousness of social status.

Datebook: Radio dramas make theater between your ears, in your bathtub, during shelter-in-place 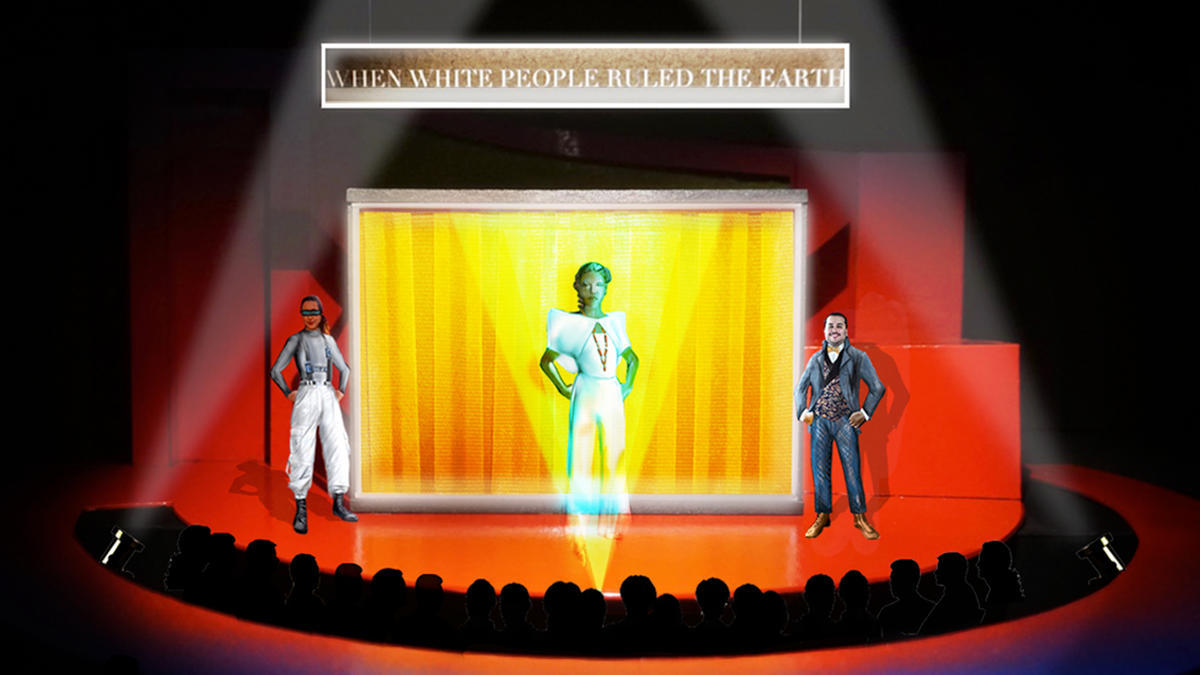 While sheltering in place during the COVID-19 pandemic, performers used Zoom to remotely rehearse choreography for the play's wedding scene. Choreographer Swetha Prabakaran conceived of this video concept to showcase the work that would have been seen in the production.