Twelve young people navigate a world blindsided by a global pandemic and a reckoning for racial justice. How to go to school, pay the rent, stay alive, attend a protest, go on a date? Can curly fries save the day?

This six-part webisode series will unfold organically each week, as three Bay Area writers take turns building on the storyline. No one will quite know where the story is heading, much like our experience of the world today. 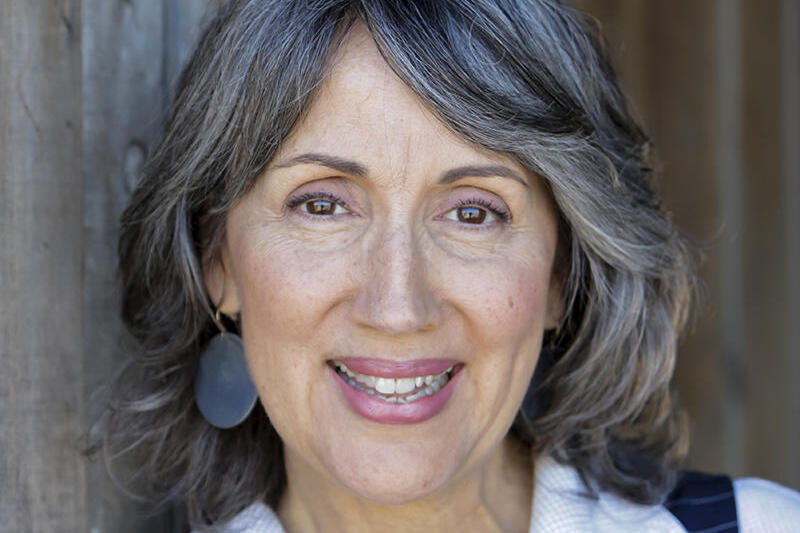 Online access to Curly Fries is free and open to the public. Webisodes will premiere each Saturday from October 17 to November 21, 2020. Check back soon for additional details.

Patricia Cotter is an Emmy Award winning, Groundling Theater Alum. Her awards include American Academy of Arts Letters, Richard Rodgers Award, Emmy Award, Writers Guild of America Award. Plays include: 1980 (Or Why I’m Voting For John Anderson) Chicago’s Jackalope Theatre 2017, Jeff Awards nominee for Best New Play, The Surrogate, winner of the 2016 Susan Glaspell Award, finalist at the 2016 O’Neill National Playwrights Conference, produced at Centenary Stage Company, NJ, in 2017, Rules of Comedy, produced in 2015 Humana Festival of Ten-Minute Plays. The Stars Look Very Different Today was produced as part of Theatreworks 17th Annual New Works Festival, 2018. Drinking On A Plane in 2018, and The Anthropology Section in 2015 both produced by The Actors Theatre of Louisville’s The Tens, The Break Up Notebook (a GLAAD Award nominee). Musicals (librettist/adaptations) include Rocket Science: A Musical, received readings at Playwrights Horizons in New York (directed by Kathleen Marshall) and was produced at The Village Theatre, Seattle; The Break-Up Notebook: A Musical (based on her play), at The Vineyard Theatre in New York.  She was asked by Disney Theatricals and MTI to write Mulan, Jr. (based on the Disney film Mulan), which is produced and performed nationally. Patricia adapted The Surrogate for Kanbar Entertainment and the film is slated for a 2020 release. Patricia’s most recent play; After All I Did For You was commissioned from Theatre Lab at FAU as part of the Fair Play Initiative with a reading scheduled for October 2019. She is in residence as a playwright at the Playwrights Foundation in San Francisco. In addition to writing for the stage, Patricia has written for Twentieth Century Fox Television, Disney Theatrical, and Comedy Central.

Geetha Reddy is a playwright and filmmaker working in the Bay Area. Her plays Safe House and On a Wonderverse were selected for the Bay Area Playwrights Festival. Safe House premiered at SF Playhouse. She wrote HeLa (TheatreFirst) with Lauren Gunderson and Blastosphere! (Central Works Theater) with Aaron Loeb. Me Given You, Girl in a Box, and On a Wonderverse were part of the Playwright’s Foundation’s ‘In the Rough’ reading series. Her plays have also appeared in the San Francisco Fringe Festival, the Santa Rosa Quickies festival, and the Best of PlayGround Festival, the Just Theatre Lab series and the Crowded Fire Matchbox series. Her short film Obit appeared at LA Shorts, NY Indie Fest, Bend Film Festival, the GI Film Festival and many others. She is a five-time recipient of PlayGround’s Emerging Playwright Award winner and a June Anne Baker Prize Winner. Geetha is a member of the Dramatist’s Guild, former Resident Playwright at the Playwright’s Foundation and is currently under commission (through the Gerbode Foundation) on an adaptation of A Tale of Two Cities for Shotgun Players and TheatreFirst.

Alejandra Maria Rivas is a theatre artist currently living in the Bay Area. Most recently she wrote La Paloma which had it’s first staged reading as a part of the Bay Area Women’s Theatre Festival as a part of their Women of Color Reading Series, previously staged in an Under 30: One Acts Festival. They directed Late: a cowboy song by Sarah Ruhl with A.C.T.’s MFA students in their Sky Festival and was the stage manager for History Keeps Me Awake by Skyler Cooper and Elaine Magree at TheatreFIRST. She is currently working as the assistant director of The Clean House by Sarah Ruhl at the San Francisco Playhouse and is stage managing Collective Rage: A Play in Five Betties by Jen Silverman with A.C.T.’s Fellowship Project and helping with intimacy choreography on School for Lies by David Ives, under the mentorship of Maya Herbsman (Saint Mary’s College of California - SMC). Other credits include, Performer: Cabaret, In the Heights, Twelfth Night, Lysistrata, and Impure Thoughts (without apology) by Ken Prestininzi (SMC). Director: The Magnificent Manny of OK by Sam Weiland, for which she was given a Meritorious Achievement Award from The Kennedy Center, selections from 365 Plays/365 Days by Suzan Lori-Parks (SMC). Assistant Director on INKED BABY (Crowded Fire Theatre), This is Modern Art by Kevin Coval and Idris Goodwin, …And Jesus Moonwalks the Mississippi by Marcus Gardley (SMC). She has received two nominations for the Irene Ryan Scholarship Award for her performance in In the Heights as Abuela Claudia and for her role in Impure Thoughts (without apology) as Sor Juana Ines de la Cruz.

The past two summers, she worked with California Shakespeare Theatre in their Summer Conservatory Program and is now currently working at American Conservatory Theater (A.C.T.) as the Conservatory Associate of Academic Programs. Alejandra is a company member of TheatreFIRST. Alejandra has a BA in Performance & Theatre Studies with a minor in Psychology from Saint Mary’s College of California.