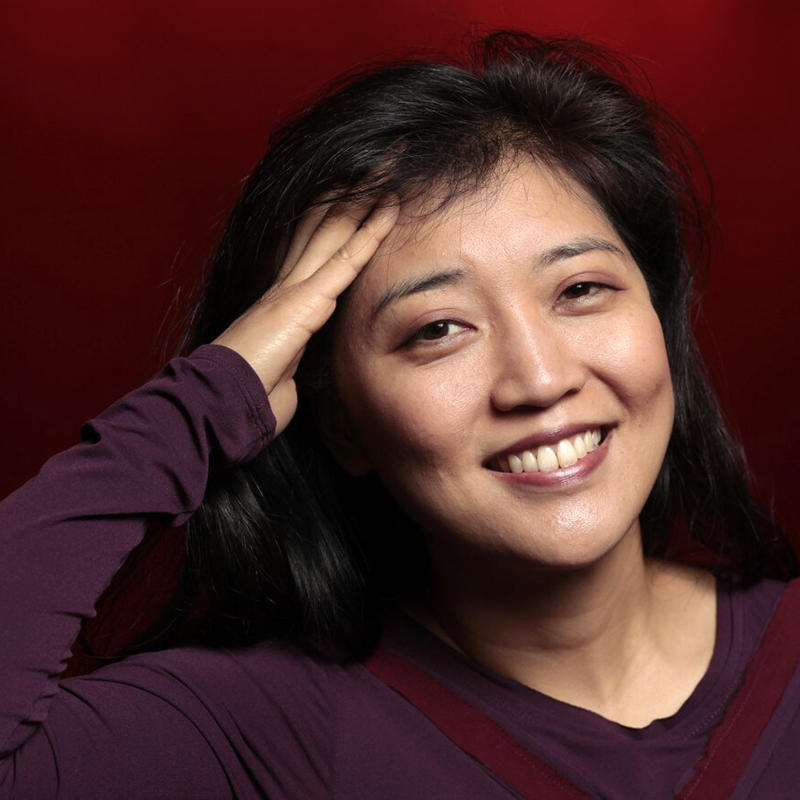 Mia Chung was raised in San Diego by South Korean parents. Her parents' heritage influenced Mia and her style of writing. Before discovering her calling as a playwright, Chung worked as a sketch artist and screenwriter in LA. Chung talks about that time in her career as her lowest point. Looking for change, Chung took off to New York where we “sort of fell in love with theater.” She started ushering at off-Broadway playhouses and decided to write a one-act play, just for kicks, , and “It felt like I’d found my medium,” said Chung. Her first crack at playwriting set the tone for her work to come: the play, We Spend Our Lives, was about two middle-aged Korean sisters.

While investigating this new career path, Chung met and married her husband. They moved together to Berkeley, where he was a professor, and then moved onto D.C. where Chung interned at Arena Stage. When her husband took a position at Brown University in 2008, Chung enrolled in a graduate playwriting program there, first as a guest and then full time. Her thesis play took a look at some major events of 2009: Euna Lee and Laura Ling, two Asian American journalists were captured at the North Korean border and Jaycee Dugard, who had been kidnapped as a child and held against her will for 18 years, was discovered in Northern California. This thesis play would ultimately become her award winning play, You for Me for You.

You for Me for You remains Mia Chung’s only published work to date. However, she has several other pieces of work that have been workshopped or offered a staged reading. You for Me for You investigates Chung’s internal questions about why her parents had written North Korea off, why North Korea hadn’t yet fallen apart and when would it all fall apart? Chung’s works often investigate the many facets of power- the power of family, the power of the oppressor, the power of what makes us all do what we do. (NYU Contemporary Playwrights of Color)