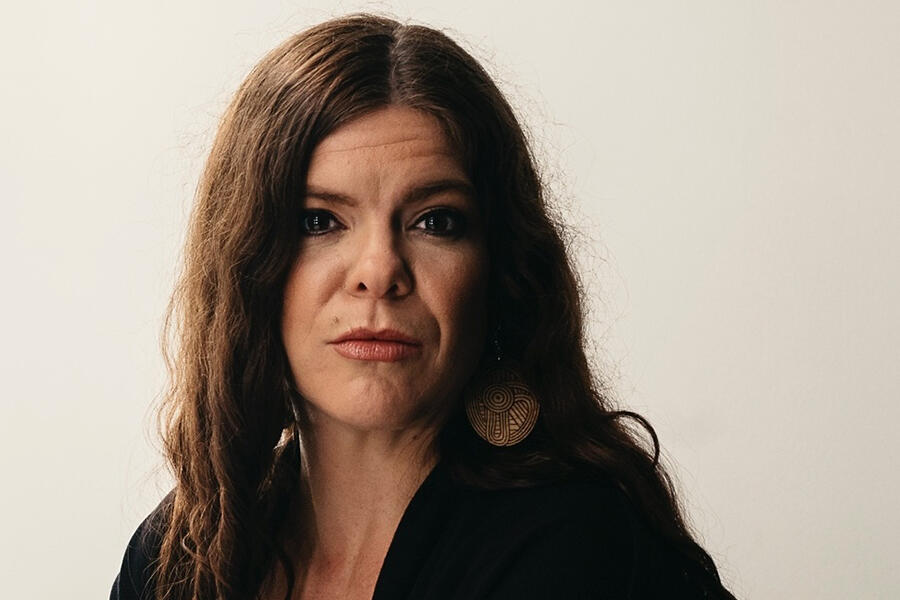 Mary Kathryn Nagle is a playwright, lawyer, and citizen of the Cherokee Nation. She works at the intersection of justice and drama to secure the rights and sovereignty of Native nations.

When Nagle realized that United States Supreme Court cases covering Native laws were not at all covered in law school, she taught herself every Supreme Court case regarding American Indians. Nagle learned that the Supreme Court still cites antiquated cases that use racist and oppressive language. Having studied theatre as an undergraduate at Georgetown, Nagle recognized the power of storytelling to change public perception of issues facing the indigenous community. Rather than pursuing either law or playwriting exclusively, Nagle decided to advocate for her people by combining her areas of expertise.

Nagle is currently a partner at Pipestem Law, where she specializes in federal Indian law and appellate litigation. Nagle filed an amicus brief in Dollar General v. Mississippi Band of Choctaw Indians on behalf of the National Indigenous Women’s Resource Center (NIWRC) in pursuit of ending domestic violence and sexual assault. According to the NIWRC, “Nagle has drafted and filed numerous briefs in the United States Supreme Court articulating the connection between preserving tribal sovereignty and ensuring safety for Native women and children” (niwrc.org). Nagle is a frequent speaker at law schools regarding protections for Native women, tribal sovereignty and self-determination, and indigenous constitutional rights. Law schools including Harvard, Stanford, New York University, and Yale have hosted readings of her plays. Nagle received her J.D. from Tulane University, where she graduated summa cum laude and was the recipient of the Judge John Minor Wisdom Award.

Nagle is a leading voice among indigenous theatre artists. She served as Executive Director of the Yale Indigenous Performing Arts Program, a program designed to support and develop the work of Native artists. Nagle is an alum of the 2013 Emerging Writers Group at the Public Theater, and an alum of the Civilians 2014 Research & Development Group. Her plays have been produced at the Oregon Shakespeare Festival, Yale Repertory Theatre, Arena Stage, University of Pennsylvania Museum of Archaeology and Anthropology, and Smithsonian's Museum of the American Indian.