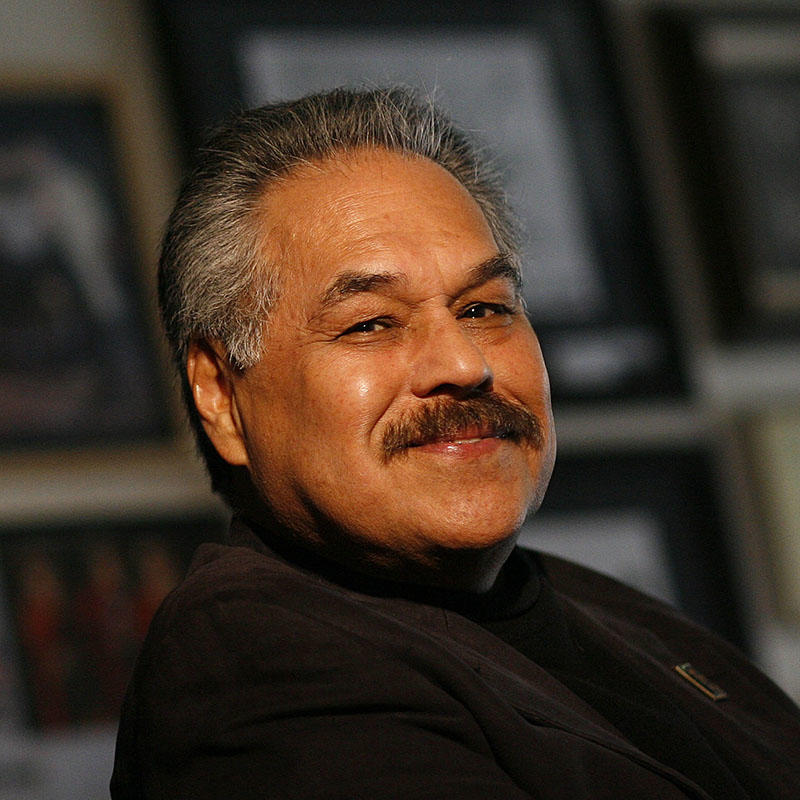 Luis Valdez is a renouned Chicano playwright and director. His Obie award winning theater company, El Teatro Campesino (The Farm Workers’ Theater) was founded by Luis in 1965 – in the heat of the United Farm Workers (UFW) struggle and the Great Delano Grape Strike in California’s Central Valley.His involvement with Cesar Chavez, the UFW and the early Chicano Movement left an indelible mark that remains embodied in all his work even after he left the UFW in 1967: his early actos Las Dos Caras del Patroncito and Quinta Temporada, (short plays written to encourage campesinos to leave the fields and join the UFW), his mitos (mythic plays) Bernabe and La Carpa de los Rasquachis that gave Chicanos their own contemporary mythology, his examinations of Chicano urban life in I Don’t Have To Show You No Stinkin’ Badges, his Chicano re-visioning of classic Mexican folktales Corridos, his exploration of his Indigenous Yaqui roots in Mummified Deer, and the play that re-exams the “Sleepy Lagoon Trial of 1942″ and the “Zoot Suit Riots of 1943″, two of the darkest moments in LA urban history – Zoot Suit – considered a masterpiece of the American Theater as well as the first Chicano play on Broadway and the first Chicano major feature film.

Luis has won numerous LA Drama Critic Awards, Dramalogue Awards, Bay Area Critics Awards, the prestigious George Peabody Award for excellence in television, the Presidential Medal of the Arts, the Governor’s Award from the California Arts Council, and Mexico’s prestigious Aguila Azteca Award given to individuals whose work promotes cultural excellence and exchange between US and Mexico.

I Don't Have to Show You No Stinkin Badges (Full Text)