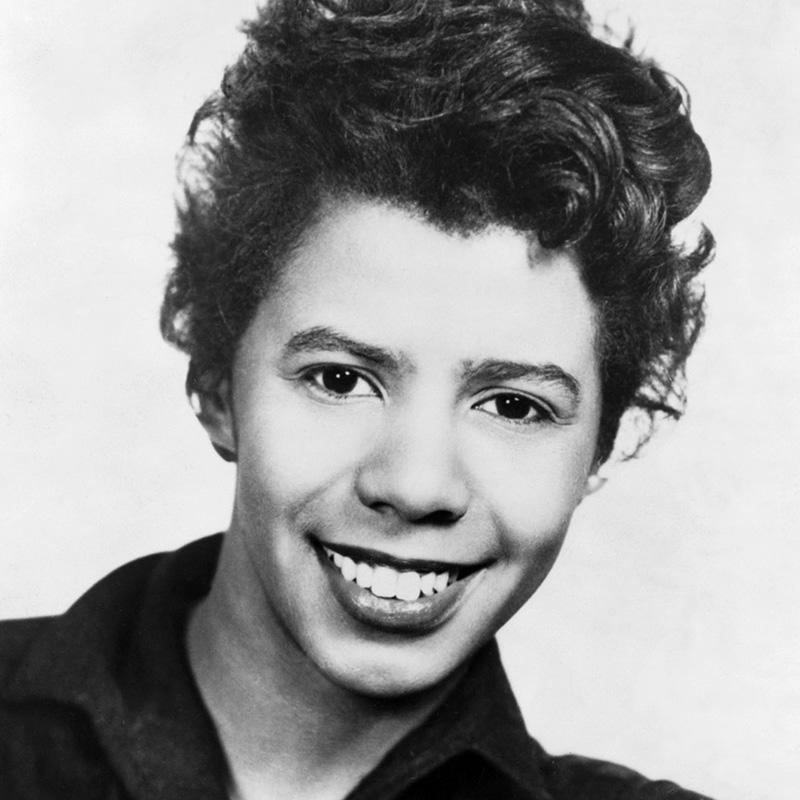 When Lorraine Hansberry’s (1930-1965) A Raisin in the Sun appeared on Broadway in 1959, the artist became at twenty-nine the youngest American playwright, the fifth woman, and the only African American to date to win the New York Drama Critics Circle Award for Best Play of the Year. The play represented a landmark. In its authentic depiction of Black American life, and the vivid demonstration of so gifted a creator, cast, and director, it made it possible for the American stage to ignore African American creativity and subject matter thereafter. In 1961, the film version won a special award at the Cannes Film Festival and was nominated for a Screen Writer’s Guild Award for Hansberry’s screenplay. In 1965, Lorraine Hansberry died of cancer at age 34. As if prescient, in the six years she had between the triumph of her first play and her death, she was extraordinarily prolific. Her second play to be produced on Broadway, The Sign in Sidney Brustein’s Window, was in its early run to mixed reviews, when Hansberry died; the curtain came down on that date. To Be Young, Gifted, and Black, an autobiographical portrait in her own words adapted by her former husband and literary executor Robert Nemiroff, was posthumously produced in 1969 and toured across the country. In 1970, Les Blancs, her play about the inevitability of struggle between colonizers and colonized in Africa, and the impending crisis that would surely grow out of it, ran on Broadway to critical acclaim. During her career as a playwright, Hansberry wrote many articles and essays on literary criticism, racism, sexism, homophobia, world peace and other social and political issues. At her death, she left behind file cabinets holding her public and private correspondence, speeches and journals, and various manuscripts in several genres: plays for stage and screen, essays, poetry, and an almost complete novel.

To Be Young Gifted and Black (Video Recording)