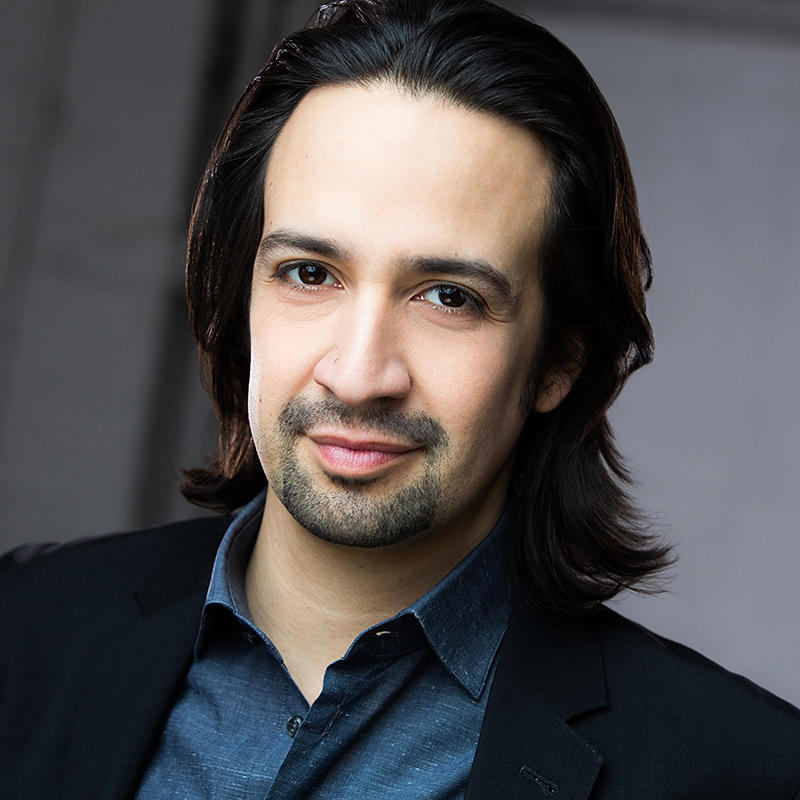 Lin-Manuel Miranda is an award-winning composer, lyricist, and actor. He created and stared in Broadway's Tony winning musicals Hamilton and In the Heights. He is also the co-composer (with Tom Kitt) and co-lyricist (with Amanda Green) of Broadway’s Bring it On: The Musical. In 2016, Hamilton recieved a record breaking 16 Tony Nominations, and his work has received 15 total Tony Awards, along with multiple Grammy Awards, Olivier Awards, and Drama Desk Awards. In the Heights was recognized as a Finalist for the 2009 Pulitzer Prize in Drama; Hamilton was awarded the 2016 Pulitzer Prize in Drama. Miranda, Thomas Kail, Andy Blankenbuehler and Alex Lacamoire were awarded a 2018 Kennedy Center Honors for their collaborative achievement in Hamilton and its continued artist impact.

Miranda contributed new songs to the revival of Stephen Schwartz' Working and Spanish translations for the 2009 Broadway Revival of West Side Story. His oneIn 2014, Mr. Miranda received an Emmy Award with Tom Kitt for their song, “Bigger” from the 67th Annual Tony Awards. He collaborated with J.J. Abrams on the song, "Dobra Doompa" for Star Wars: Episode VII - The Force Awakens. Miranda contributed music, lyrics and vocals to several songs in Disney’s animated feature film Moana which earned him 2017 Oscar and Golden Globe nominations and a 2018 Grammy Award for the original song, “How Far I’ll Go.” Miranda has released multiple songs for charity, including “Love Make The World Go Round” as a tribute to the victims of the 2016 Orlando nightclub shooting, "Found/Tonight" in support of the March For Our Lives initiative, and "Almost Like Praying" in support of relief efforts in Puerto Rico following Hurricane Maria in September 2017.

He received his B.A. from Wesleyan University in 2002. He lives in NYC with his wife, sons and dog. The film adaptation of In The Heights, with songs by Miranda and screenplay by Quiara Alegría Hudes, will be released by Warner Brothers in 2020.

Playbill: Track All of Lin-Manuel Miranda's Ongoing and Upcoming Projects in Theatre, Film, and Television