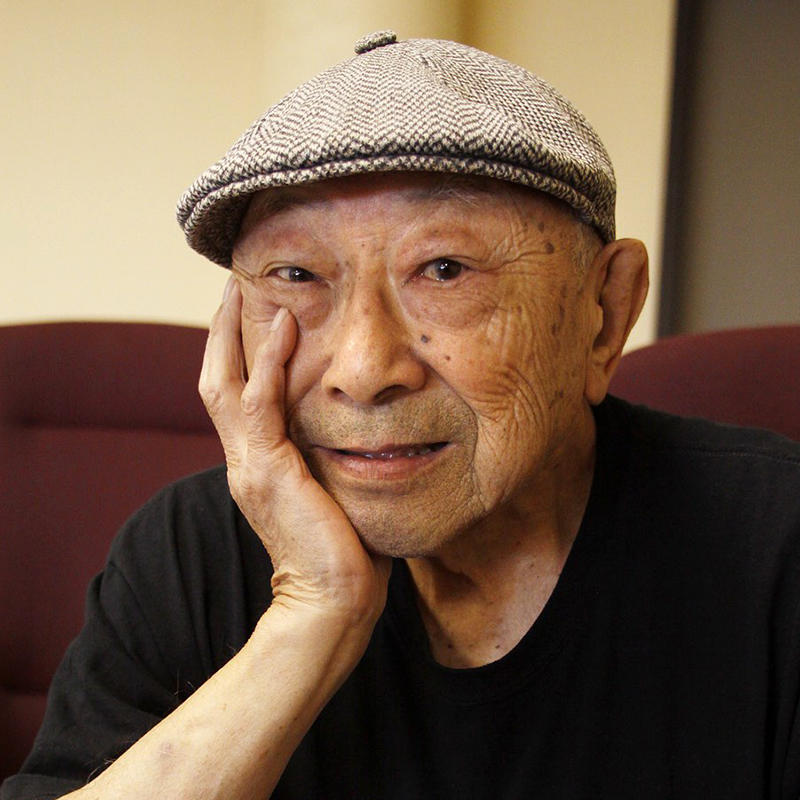 Born in Sacramento in 1922, writer and actor Hiroshi Kashiwagi spent his early years in Loomis, California. He was incarcerated at Tule Lake Segregation Center during World War II where he was defined as a “disloyal” for refusing to answer the loyalty questions. He renounced his U.S. citizenship and later worked with the Tule Lake Defense Committee and Wayne M. Collins to restore his citizenship. Since 1975 he has been speaking publicly of his incarceration experience. His poem “A Meeting at Tule Lake,” written while on a pilgrimage in April 1975, established him as a seminal voice among Nikkei concentration camp survivors.

He earned his BA in Oriental Languages from UCLA in 1952, followed by an MLS from UC Berkeley in 1966. Kashiwagi has worked as editor, translator, interpreter, and English language secretary at Buddhist Churches of America Headquarters; he has also served as reference librarian at San Francisco Public Library with a specialty in literature and languages. His publications include Swimming in the American: A Memoir and Selected Writings, winner of American Book Award, 2005; Shoe Box Plays; Ocean Beach: Poems; and Starting from Loomis and Other Stories. Notable acting credits include the play The Wash, produced at the Eureka Theatre in San Francisco, and the films Hito Hata: Raise the Banner (1980, dir. Robert Nakamura), Black Rain (1989, dir. Ridley Scott), Rabbit in the Moon (1999, dir. Emiko Omori), and Infinity and Chashu Ramen (2013, dir. Kerwin Berk). He passed away in October 2019 at age 96.