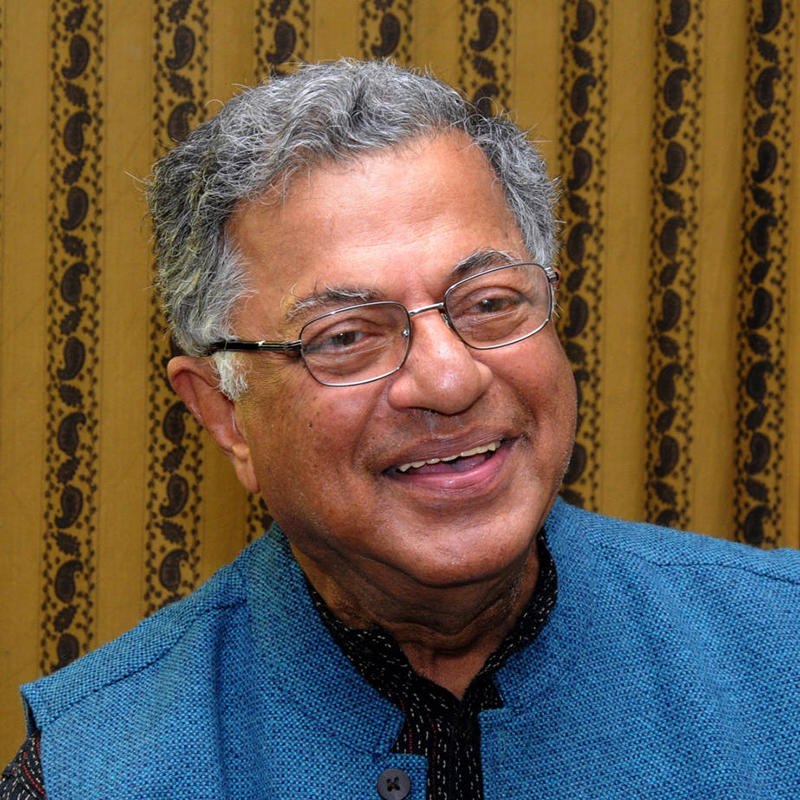 Girish Raghunath Karnad is a contemporary writer, playwright, screenwriter, actor and movie director in Kannada language. His rise as a prominent playwright in 1960s marked the coming of age of Modern Indian playwriting in Kannada. He is a recipient of the 1998 Jnanpith Award for Kannada, the highest literary honour conferred in India. For four decades Karnad has been composing plays, often using history and mythology to tackle contemporary issues. He has translated his major plays into English, and has received critical acclaim across India. His plays have been translated into several Indian languages and directed by eminent directors like Ebrahim Alkazi, B. V. Karanth, Alyque Padamsee, Prasanna, Arvind Gaur, Satyadev Dubey, Vijaya Mehta, Shyamanand Jalan and Amal Allana. He is also active in the world of Indian cinema working as an actor, director, and screenwriter, both in Hindi and Kannada cinema, earning numerous awards along the way. He was conferred Padma Shri and Padma Bhushan by the Government of India.

The Fire and the Rain (Full Text)