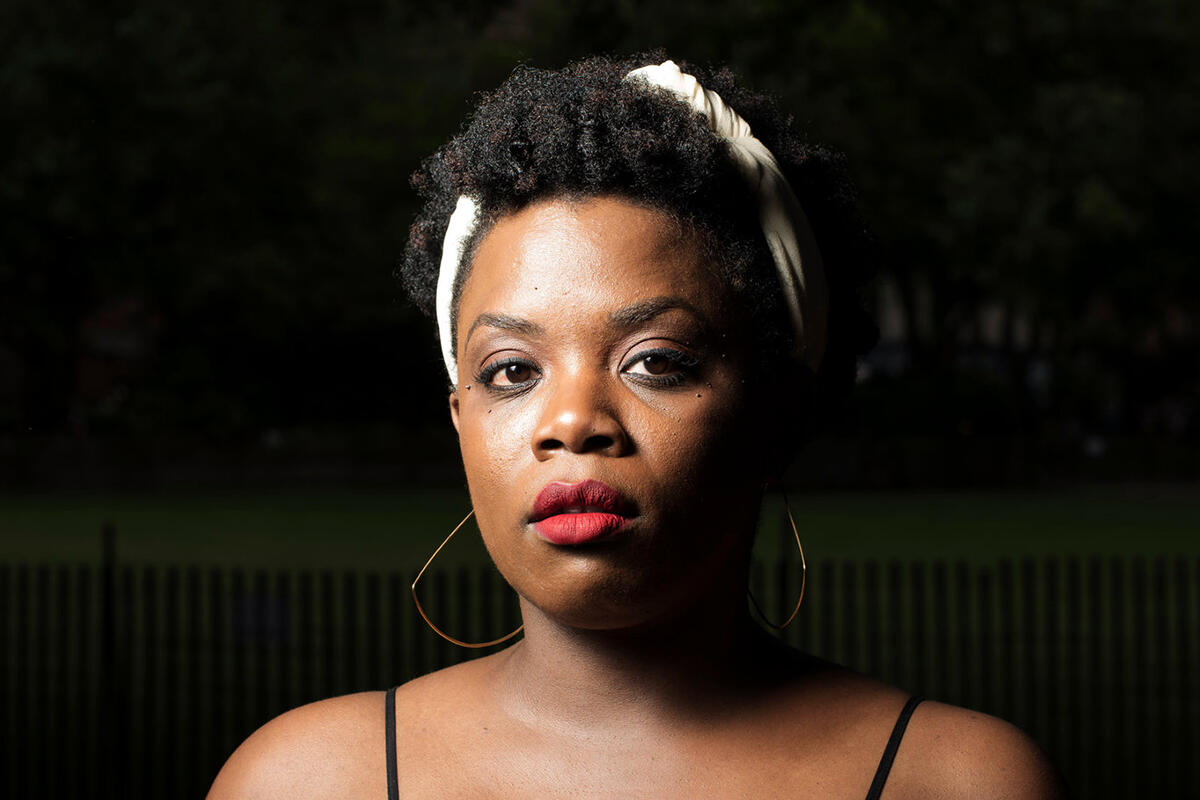 Antoinette Nwandu is a New York-based playwright who was born and raised in Los Angeles. Her play Pass Over made its New York debut at LCT3/Lincoln Center in 2018. A filmed version of the Jeff Award-winning Steppenwolf production—directed by Spike Lee—premiered at the 2018 Sundance Film Festival and at SXSW, and is currently streaming on Amazon Prime. Victory Gardens produced the World Premiere of her play Breach: a manifesto on race in america through the eyes of a black girl recovering from self-hate in February of 2018.

Antoinette is a MacDowell Fellow, a Dramatists Guild Fellow and an Ars Nova Play Group alum. Honors include the 2018 Whiting Award, the 2017 Paula Vogel Playwriting Award, the Lorraine Hansberry Playwriting Award, the Negro Ensemble Company’s Douglas Turner Ward Prize, a Literary Fellowship at the Eugene O’Neill Playwrights Conference, and spots on the 2016 and 2017 Kilroys lists. Her work has been supported by the Sundance Theater Lab, Space on Ryder Farm, Ignition Fest, the Cherry Lane Mentor Project, the Kennedy Center, Page73, PlayPenn, Southern Rep, The Flea, Naked Angels, Fire This Time and The Movement Theater Company.